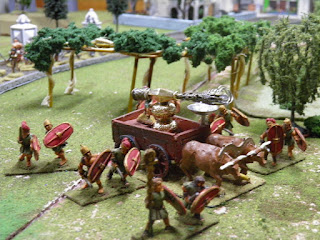 This is a few odds and ends for my weird science Roman game. First is an ancient flame-thrower, loosely based on the one that was described by Thucydides as having been used at the Siege of Delium. 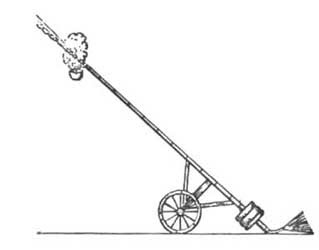 I’ve added a sort of crystal device as the starter. 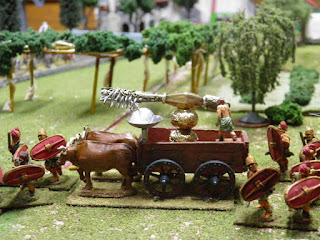 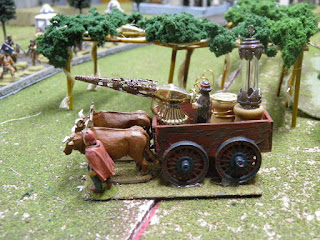 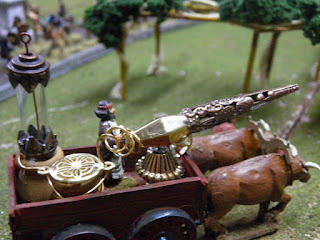 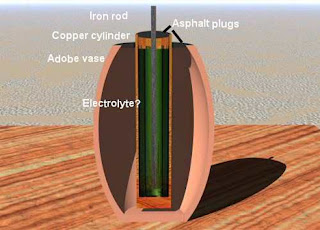 Next is a steam-powered Trojan Horse. One of the ideas for the game is that the high technology was used heavily in the theater and arena and was pressed into service to the defend the city. This was taken from an over-produced and over-propped production of The Trojan Women… 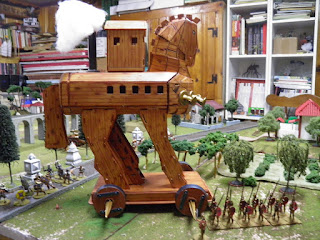 It's armed with devices for spraying Greek Fire 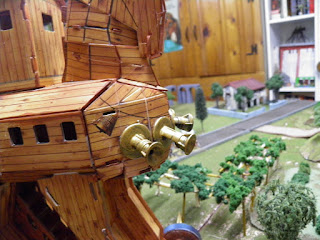 …and carries a force of Amazon phalangites from the same theatrical productions. 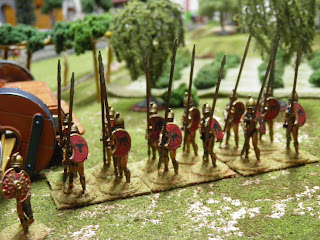 The next are the wonderful Aventine carroballista troops - no modifications necessary. I've just started getting some of the Aventine figures, they are absolutely magnificent. 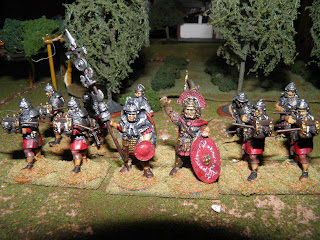 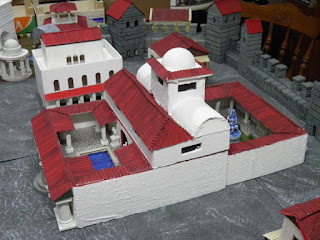 This is my interpretation of a small Roman Bath complex. I was thinking of adding it to the Weird Roman game but it is too big to fit the table for that set up. I will most likely use it for a RPG campaign that I am planning. Constructions is mostly foam board and regular carboard. The dome is from some toy packaging and the columns are craft dowel rods. The front sets are a piece from Kobbelstone. Murals and floor mosaics are simply images copied from the Internet and pasted on. The water is a plastic florescent light cover painted blue. 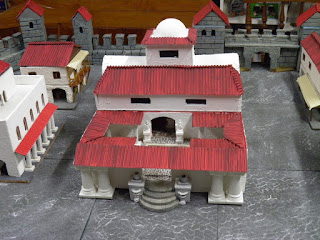 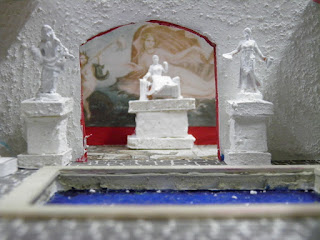 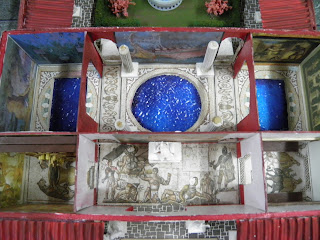 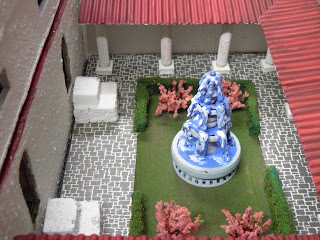 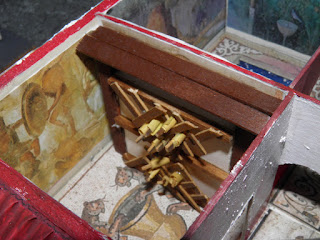 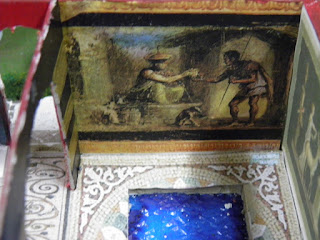 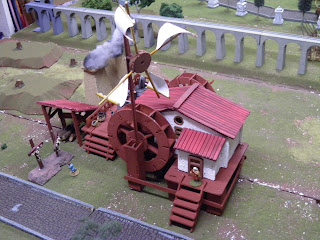 As I've been putting together the weird science Romans game, I realized that I had all these machines but my landscape was entirely conventional. I wanted to add something to the landscape to give an impression of the "industrial revolution" that had occurred. I decided on creating a factory complex that would provide this as well as give an objective to fight over.

I used two 3-d wooden puzzles of water wheels that I purchased from Amazon for about $6 each. 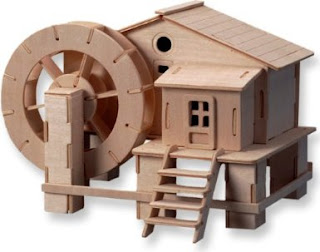 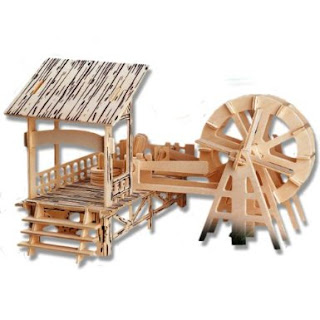 I placed them together and added a couple of scratch-built chimneys and a windmill. Viola, a Roman factory. I have only a vague idea of what is actually manufacturer here, some kind of foundry, maybe steam engines? 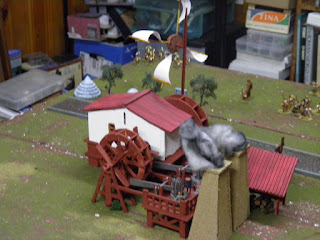 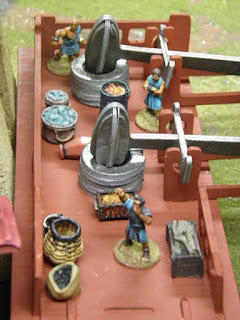 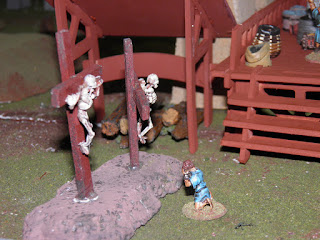 Labor organizers
Posted by bogdanwaz at 8:15 AM No comments: