Some Late Romans and Barbarians 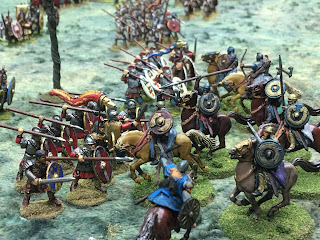 This was just a quick set of shots of the Late Roman army I just finished painting as well as a sort of generic barbarian/Goth army to serve as their opponents.  The Late Romans are Foundry, Gripping Beast Plastics, and Footsore miniatures while the barbarians are a mix of Gripping Beast Plastic, Footsore, Old Glory, and GW Plastic Riders of Rohan. 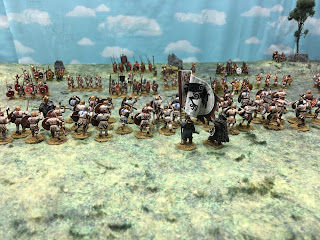 The mat is a new Cigar Box "Fields of Battle" with the "plush" option to give an impression of high grass. 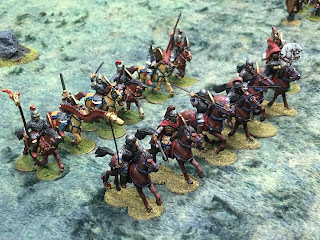 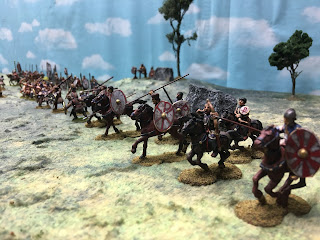 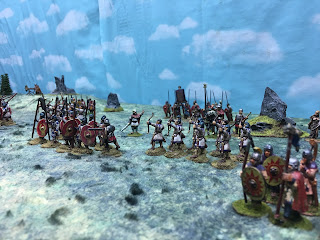 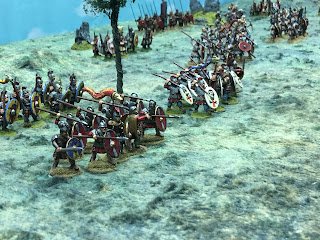 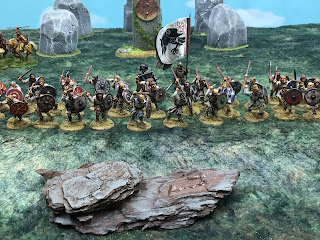 The barbarian infantry with slingers 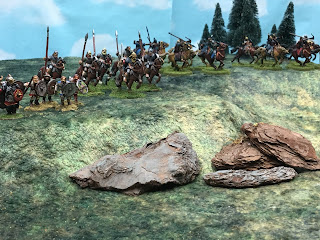 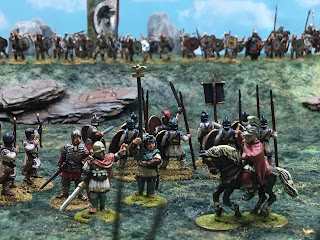 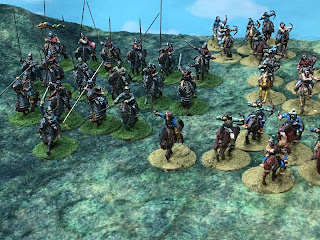 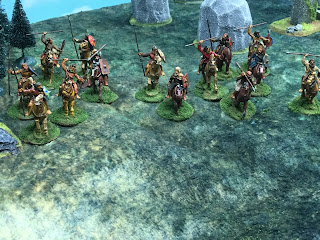 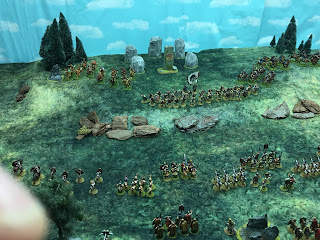 The battlefield.  I got my finger in the way of this one but the picture gives a good impression of the color variations in this mat.