Visions of the Capital of Old Ruritania, c. 1832

I haven't had much time for gaming recently (I'm in a show in a local theatre). I am getting ready for another Gothic Horror game later this year. This one will be set in Ruritania in the 1830s. In preparation for this, I began working on the layout for the capital city of Strelzov (Strelzau in Graustarkian). A brief pictorial tour of the capital is below. 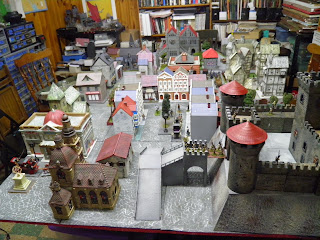 Strelzov, the view from the Royal Castle. 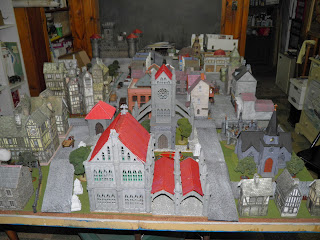 A view of the city with the Radzivillovnian University in the foreground. 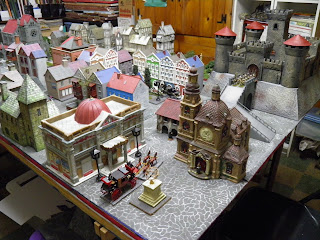 The northern end of Vladislav Square showing the Cathedral of Saint Ursula and the Royal Opera House. 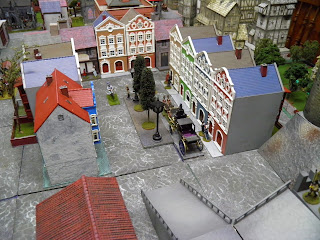 Zagloba Prospekt, one of the more fashionable districts of the capital. 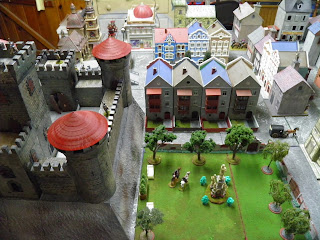 Fashionable Czirykoot Park, in the shadow of the Royal castle 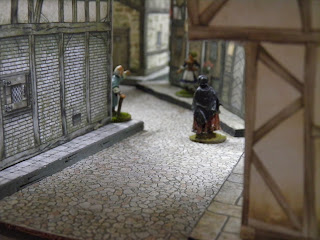 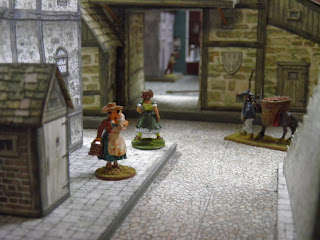 The dark streets of the Old Town 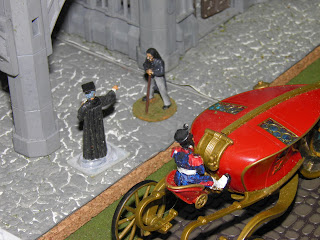 The University: Professor Mercurio defends Alchemy from an attack by Science! 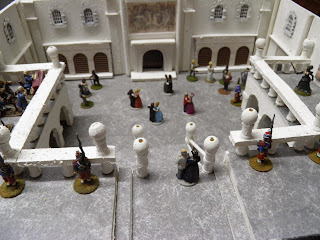 The Grand Ballroom at the Royal Palace 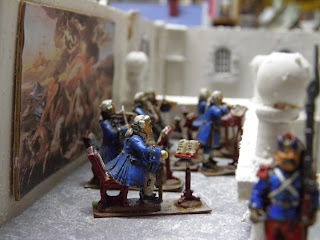 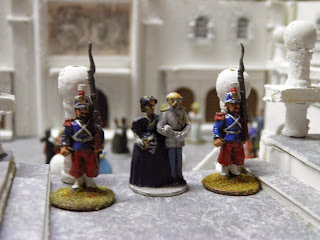 The King and his young bride. 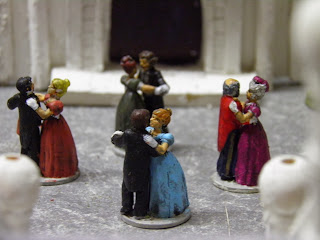 And the dance went on... 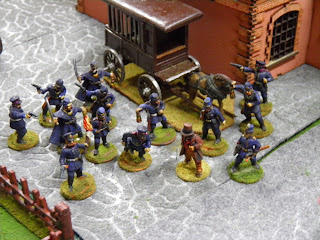 Inspector Smelchak and the men of the Sventa Methodi Precinct prepare to go forth. 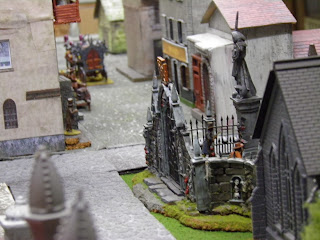 Main gate of the Cemetery of Saint Methodius. 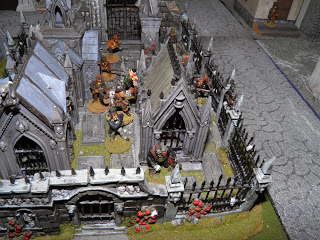