The Road from Moscow 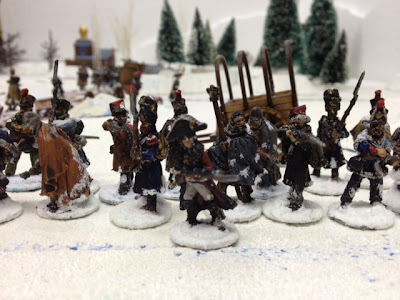 I've not gamed Napoleonics but the Perry brothers' recent Retreat from Moscow has changed that. Absolutely beautiful and evocative, I've bought most of the packs so far. The question was how and what I'll use them for? Coincidentally, I just finished reading the historical horror novel Twelve by Jasper Kent. The book is about a dozen vampires who join the Russian army to help fight Napoleon's invasion. Honestly, I was disappointed with the book, found it rather boring with the few action and suspense scenes too far and the lengthy navel-gazing internal monologues of the book's hero made it a ponderous read. The worst part was that most of the epic aspects of the invasion and retreat occur "off-stage." BUT the book did give me an idea for a horror skirmish game of having vampires and werewolves stalking the Grand Army along with the Cossacks.

Here's some shots of the winter board I created: 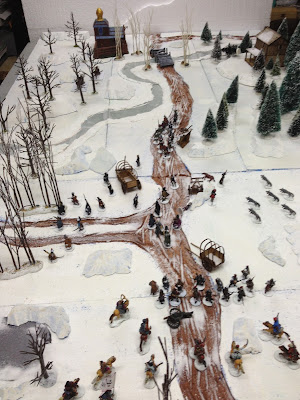 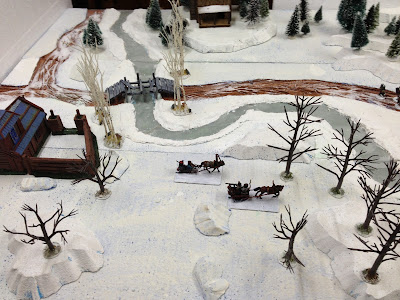 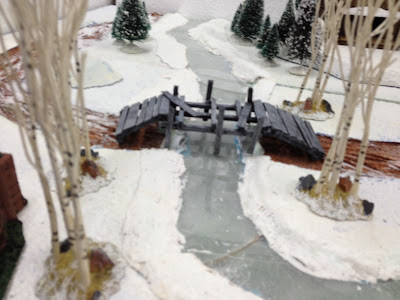 Here's some of the figures I've finished painting already: 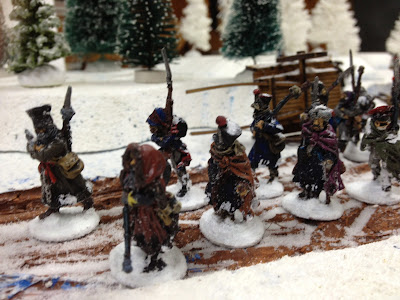 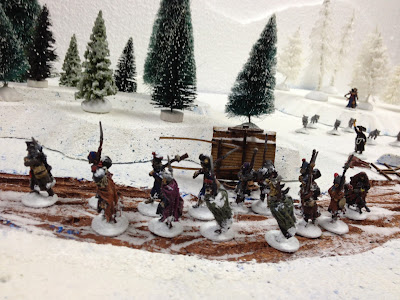 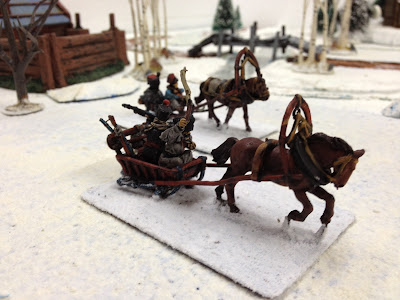 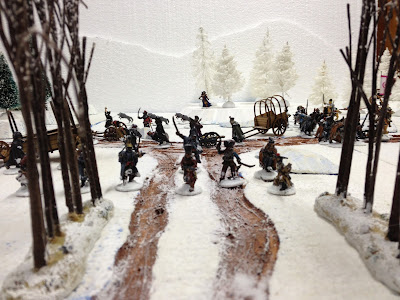 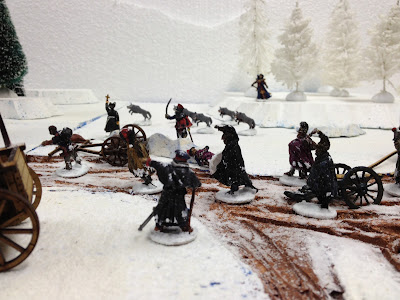