Things have been crazy busy lately so this is an abbreviated report on the Cold Wars Convention. I was only there for Friday and part of Saturday but it was a very good con. Although numbers seemed light on Friday morning by the afternoon, it was definitely busy and remained so for the rest of my stay. There also seemed to be some very high quality games in terms of scenery and figures.

I got to play in the absolutely delightful Aerosan race game run, where we had to contend with yetis, angry Inuits, and the other heavily armed jetskis. I actually finished second. Some pictures: 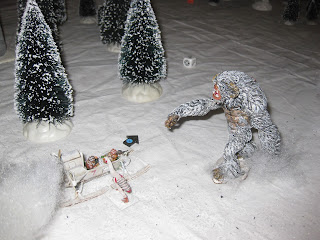 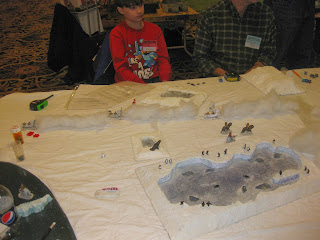 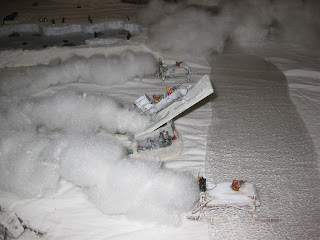 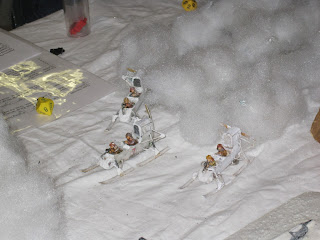 Friday night, I got to play in a "campaign" for the Kosciuszko Rebellion using Black Powder rules. We actually ran three games during the four hour period, with each game affecting the forces we had for the next session. It really made for a nice dynamic, the losing side would often cut losses rather than fighting to the last man. A wonderful chance to play in gaming style you don't often have at a convention. We Poles won the three matches but each one was a very close and we had some very lucky dice rolls. Here's some photos: 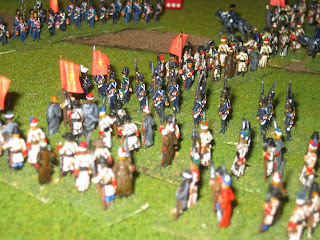 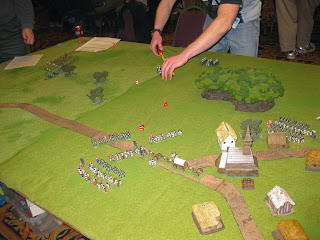 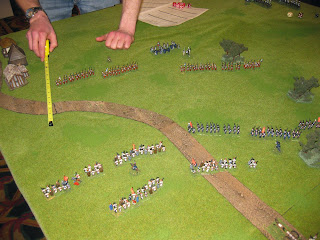 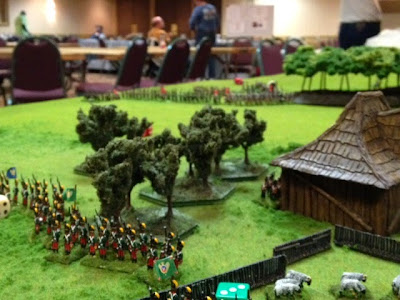 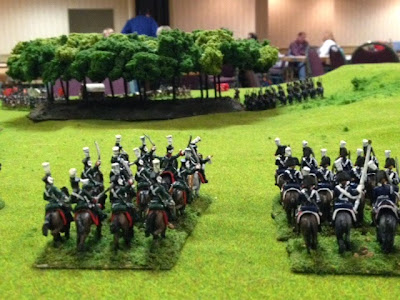 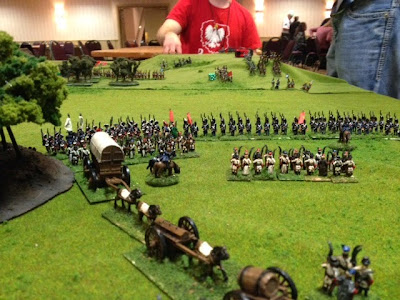 On Saturday, I ran the Terror on the Moscow Road. I had 11 players who seemed to be enjoying the not very serious tone of the game. It was basically Marshal Ney, Brigadier Gerard and various other characters from the Grand Army fighting off hordes of Cossacks along with packs of dire- and were-wolves lead by two vampires and their minions. Most of the French characters were slaughtered, althought Marshal Ney and Gerard survived, the good Marshal never giving up an inch of ground. A French opera singer who could hit hight notes that drove the canine creatures up a wall was one of the more successful. One of the vampire lords was killed by a heroic Polish captain who was prompltly torn apart by wolves. The other vampire was chased off the board by a fanatical Russian priest who felt the undead were worse enemies than the French. Here's a couple of pictures. 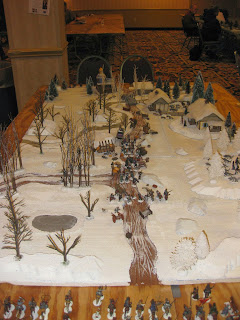 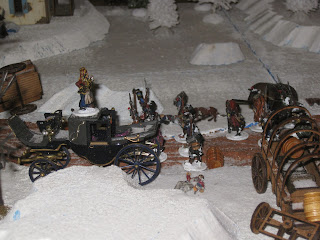 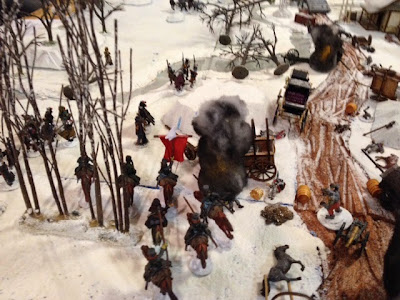 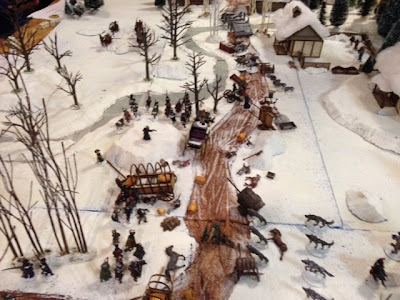 Here's some other games that caught my eye 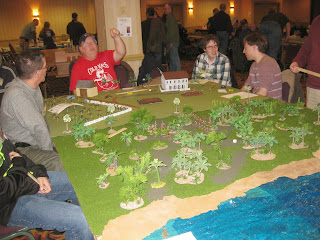 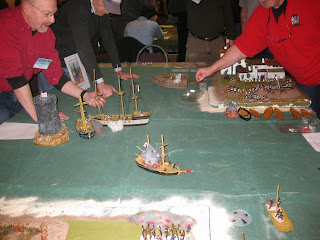 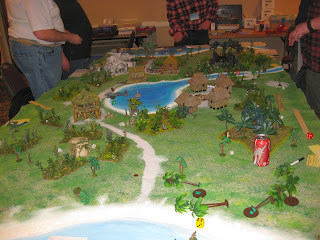 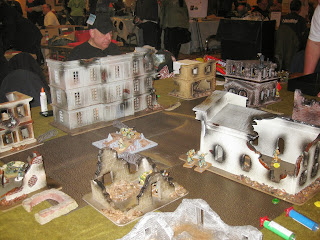 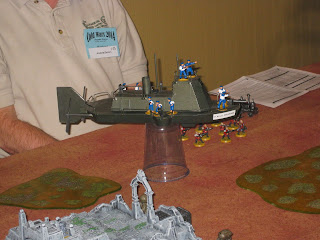