Work is progressing on the Solomon Kane game that I will be running at Fall In in November. 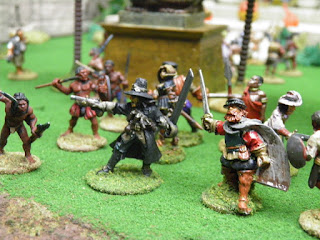 First, a new Solomon Kane, this one from Gorgon Studios.  A little pricey at $10 but since it is for the star of the game, I think worth the investment.  It can be found in the Convention Models on the Gorgon website. 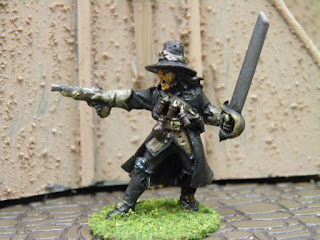 The other main character of the game will be Dark Agnes de Chastillon, one of Robert Howard's lesser known characters.  It's too bad she's only in two stories and a fragment of another - she's definitely one of his more interesting heroines. 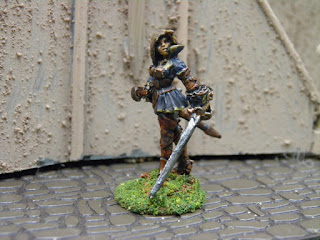 As I mentioned previously, the game will have three scenes, each on a different board.  The first will be on a small manor in Cornwall, where an evil nobleman has kidnapped the lady love of one of SK's companions, setting the story in motion. 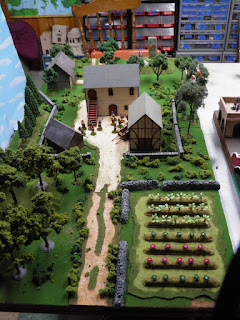 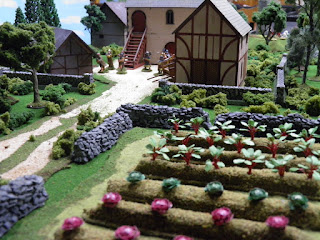 The building are all from Sarissa Precision. 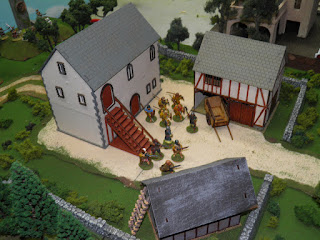 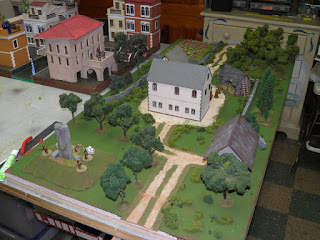 The manor is defended by a troop of Irish mercenaries and a witch. 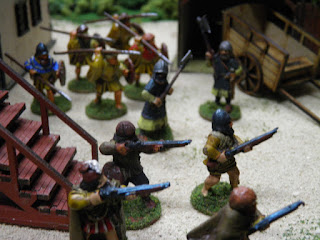 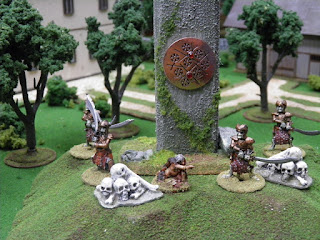 The second scene will be using the Venice board I discussed in my last entry.  The third will be in a lost Egyptian temple in the jungles of West Africa where the tribesman worship a vampire queen.  Pirate The Fishhawk is supplying her with a sacrifice for a special event. 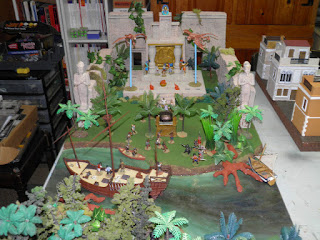 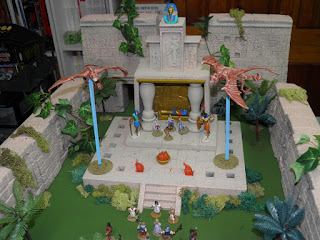 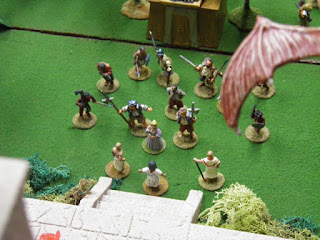 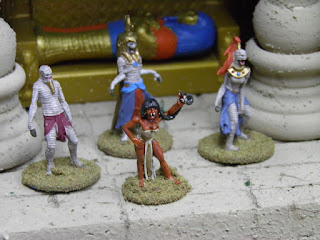 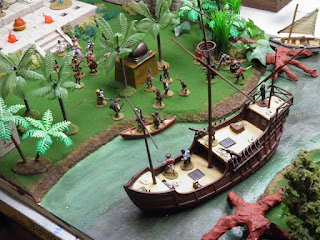 "Wings in the Night" 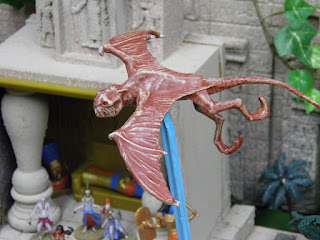 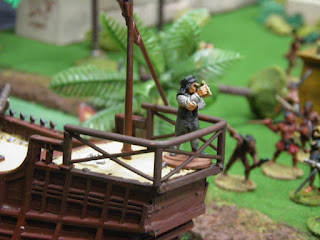