Leonardo da Vinci and the Prince of Foxes (Again)

In addition to my Die Hard game, I will be running another game at Historicon. This one is called "Leonardo Da Vinci and the Prince of Foxes." (I had hoped to run it at the 2020 Historicon but Covid intervened.)

It's a weird war take on the old Samuel Shellabarger novel/Tyrone Powers movie set in Borgia's Italy. Here's the description: "Artist turned imposter nobleman, Andrea Orsini has been sent by Cesare Borgia to undermine Marc Antonio Verano, lord of Citta Del Monte as part of his plans of conquest. However, Orsini has turned away from villainy and now sides with the good people of Citta Del Monte. Using the notebook of his former master, Leonardo da Vinci, Orsini has fashioned a host of amazing war machines to defend the city. Borgia has decided to fight fire with fire and hired the great Leonardo himself. "

I'll be using the variations on the Osprey Rampant series of rules, mostly Dragon Rampant and Pikeman's Lament.

Mat is by Cigar Box Battle mats, the buildings are from various mdf manufacturers or scratch-built.  The da Vinci models are mostly from Academy or Elenco. 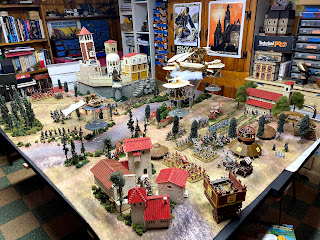 The army of Cesare Borgia "marches" on Citta del Monte 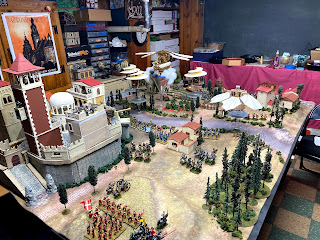 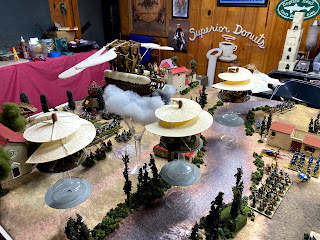 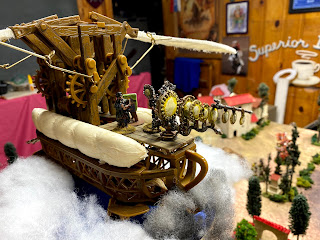 The flagship, La Giaconda, captained by Leonardo himself 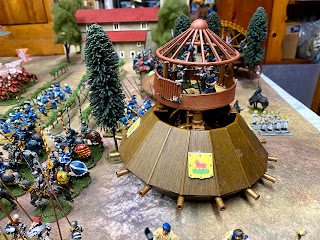 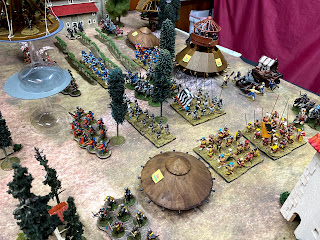 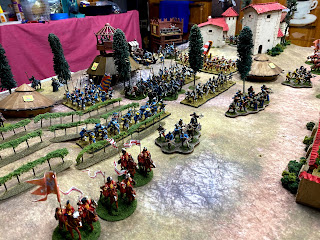 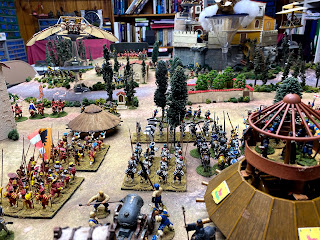 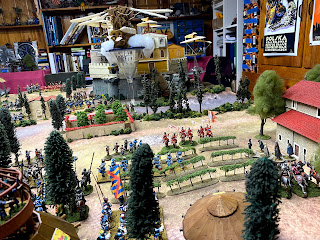 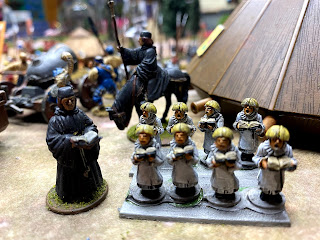 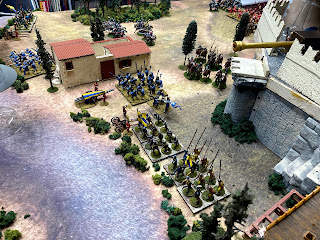 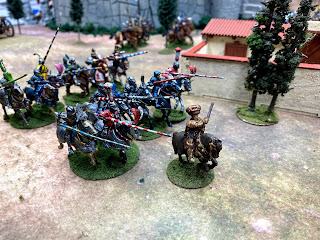 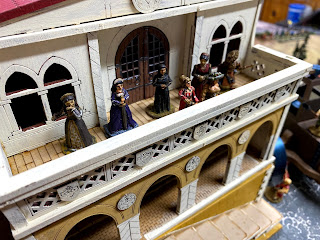 Defending the city itself is Verano's much younger wife, Dona Camilla 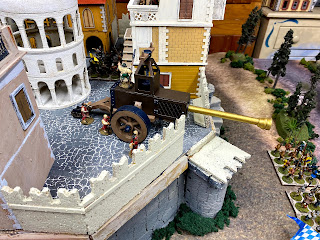 A surprise in store for the Borgians, a huge steam cannon 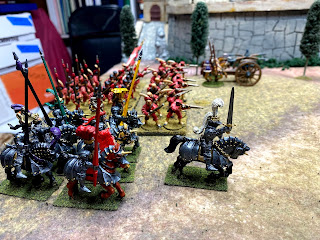 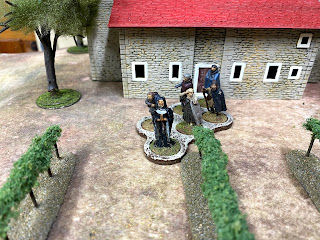 The Blessed Lucia of Narni is there to keep everyone honest 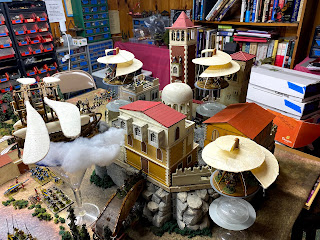 An aerial assault on the city 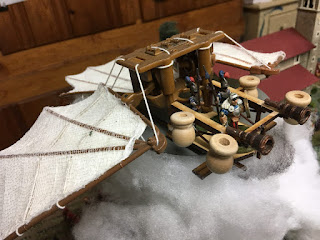 The Prince of Foxes himself, Andrea Orsini, piloting a flying machine. 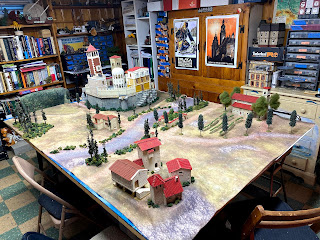 The city in more peaceful times.