Caesar vs. Pluck Game for the Cold Wars 2017 Convention 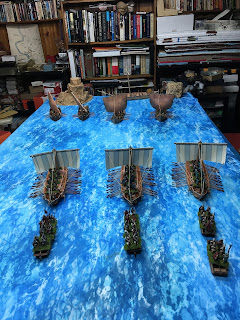 I am scheduled to run a game at the Cold Wars convention in March.  It's called "Caesar vs. Pluck: De Bello Ruritanico ad Mare, 73 A.D."  This will use Howard Whitehouse's Science vs. Pluck, a set of colonial warfare rules that I've modified for ancient Romans.   It's is essentially a role-playing game in which the players take the role of Roman officers while the GM controls the barbarians.

The scenario will be this:The Sarmatian Ruritanii have crossed the Ister river and swept through the Roman province of Sylvania, capturing the small port of Colonia Turgidium on the Adriatic.  The Ruritanii have been joined by rebellious Celto-Dacian tribesmen and Illyrian and Syrian pirates.  A Roman task force, both ground and naval forces, under the nominal command of spoiled Imperial brat Domitian Caesar is launching a two prong attack on the barbarians.

The table will be three Cigar Box Mat 6'x4' mats: sea, shore, and field of battle. 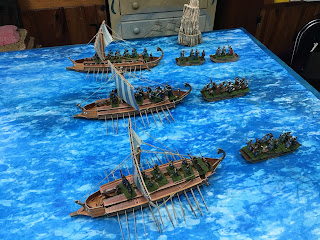 Here's the Roman naval squadron sailing into the harbor 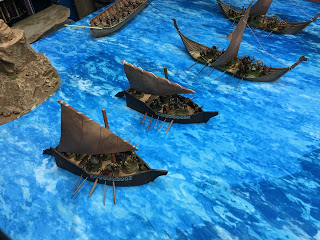 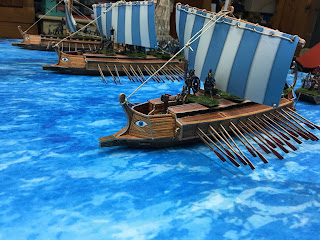 The Roman galleys are card constructions from the Russian company Clever Paper.  They sell for $8 each.  They are a bit under-sized for 28mm but the price can't be beat. 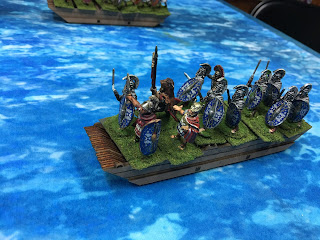 Several cohorts of Praetorians will lead the beach assault in landing barges. 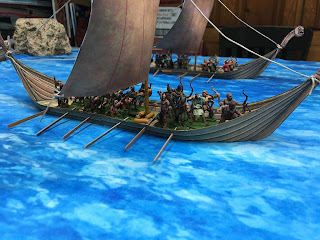 These Illyrian long ships are from a free paper file I had found on the internet. 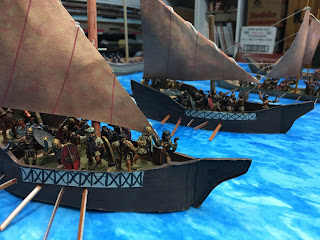 I'm using some very old scratch-built dhows for the Syria pirates.  I plan of doing some repainting on these. 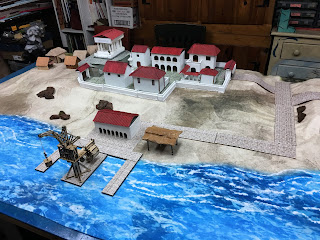 The port of Colonia Turgidium 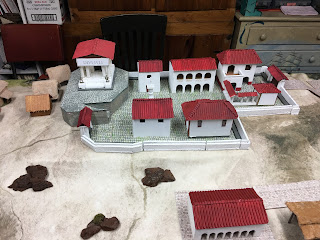 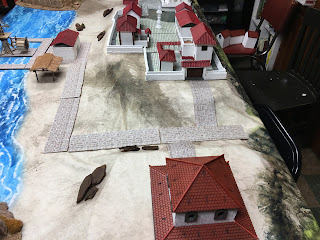