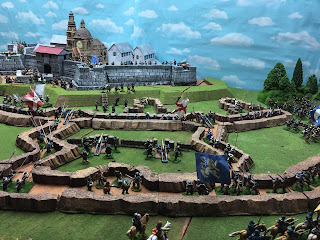 The theme for the Fall In convention in November is the military history of Poland.  Given my ancestry, I feel required to run a couple of theme games.  One is going to be very loosely based on the legendary siege of the fortified Jasna Gora monastery, home of the icon of the Black Madonna, near the city of Czestochowa in 1655.  The siege is celebrated in Sienkiewicz's epic novel The Deluge as the turning point of the Swedish invasion which had overrun the Polish Commonwealth already beset by Cossack rebellion and Muscovite invasion.  Most of the Polish army had surrendered or gone over to the Swedes and the monastery was one of the few locations that did not recognize Swedish king Karl X as King of Poland.  The monastery was reputed to have a sizable treasure from various donations and it was this that was the reason for the Swedish interest in the fortress.  The unsuccessful 40-day siege became the symbolic "Noah's Ark" that survived the Deluge resulting in mass uprisings across the Commonwealth that drove the invaders out. 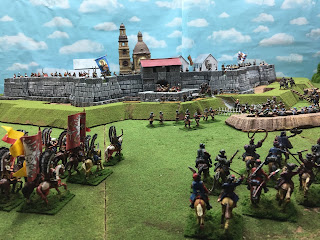 Historically, it may not have been that desperate a siege as Sienkiewicz portrayed it and resistance against the Swedes would likely have occurred even without the siege but it did give a substantial morale boost. 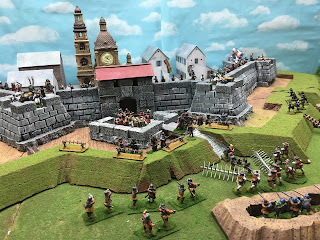 I'll be using a modified version of Howard Whitehouse's Science vs. Pluck colonial role-playing rules.  I've previously run games set in this era using some modifications for 17th century warfare (the rules portray late 19th century colonial warfare) - I call the modification Zagloba vs. Pluck. All of the players will be commanders in the Swedish forces, each with different goals that will be only marginally related to the successful capture of the monastery while I will run the Polish forces.  The players will determine how to tackle the fortress, either by direct assault, prolonged siege, or even negotiation.  Although only the small garrison was involved historically, I will include some outside forces attempting to aid the fortress, just to keep the players off-balance. 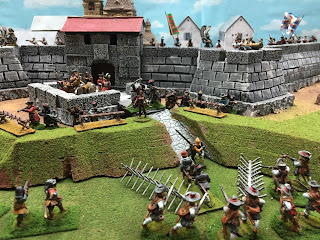 An escalade in progress 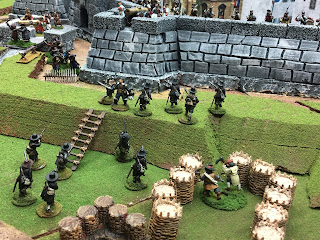 A raid on the Swedish lines by peasant rebels.  This is one of the non-historical complications I've added to the game. 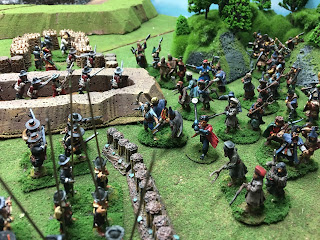 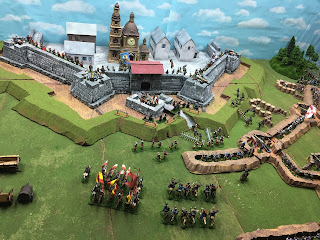 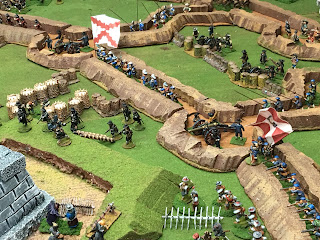 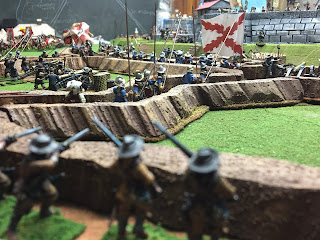 Here's some of the attacking forces: 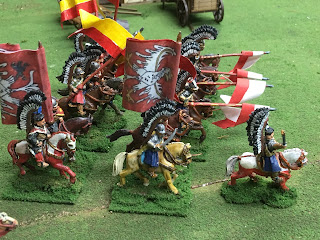 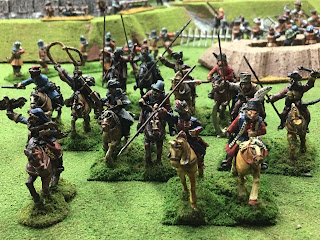 A Scottish regiment under Colonel McFiltheigh 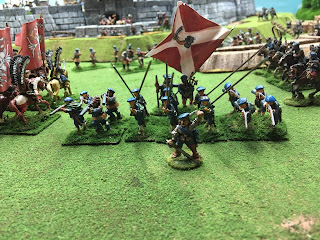 Swedish regiment, some of the finest troops in Europe 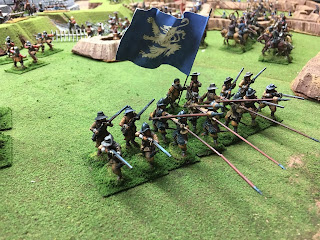 Some of the Polish forces.  Prior Kordecki, leader of the defenders 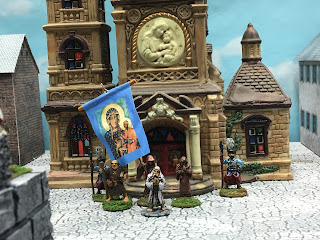 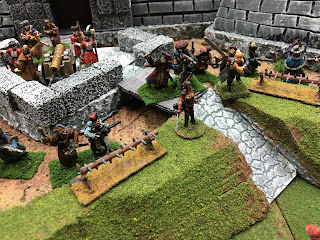 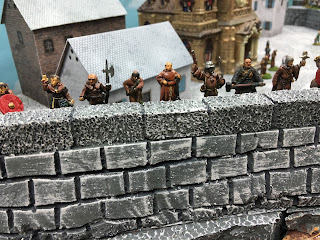 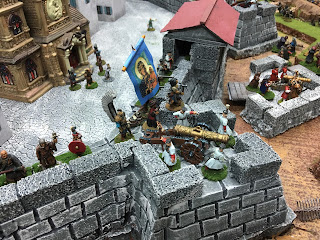